The Three Acts of Your Entrepreneurial Journey

You’re about to read the story of someone you know all-too-well.

Someone who’s a household name; someone you grew up idolizing.

And make no mistake…

This someone’s story is key to unlocking a never-ending flow of leads, sales, and profits on your journey as an entrepreneur.

But, I bet you won’t know who I’m talking about after reading the next 40 lines.

Let’s see if you can prove me wrong!

Our special someone grew up as a nothing-special young man (though a tad odd) with a regular, boring life…

In a regular, boring town.

He yearned for an change, an adventure, a day that wasn’t like all the rest…

Knowing that he didn’t want to wind up like everyone else—grey, tired, and jaded.

Did his family understand him?

Did they encourage his dreams?

In fact, they told him to fall in line—to play it safe and learn his place…or else!

One day, though, something different happens…

A mysterious stranger arrives and invites our young man on a quest out of “status quo-town.”

He’s afraid, uncertain—what will this mean?

Is there any going back?

But the pain of staying is too great and his desire too strong.

Once he departs, though… 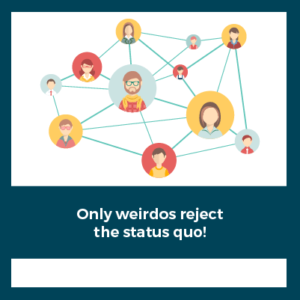 The path is NOT easy.

The world is a harsh place filled with dangerous denizens, and he doesn’t know if he has the strength to face all its challenges.

Others have traveled this path before and mentors guide his way.

He hits a wall.

When defeat is imminent.

The journey is in dire jeopardy.

All hope is lost.

On the precipice of failure…

A shocking truth that rocks him to the core

Immediately, nothing is the same.

His latent abilities are unlocked.

Now the challenge isn’t so great.

That wall isn’t so high.

And he now makes short work of scaling it.

The boy is a man.

Now he may enjoy the rewards of his quest (though they aren’t quite as he originally imagined).

The journey is complete.

The story is over.

And the world is a better, forever-changed place.

So, the question remains…

Reverse the pronouns and who do you get…

Katniss Everdeen? Dorothy from The Wizard of Oz? Rey from The Force Awakens?

Okay, ready for the answer?

All of the above.

Now what does this mean, exactly? 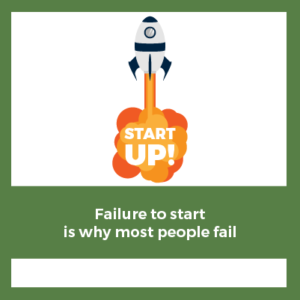 Allow me to introduce Joseph Campbell, a 20th century mythologist and scholar of comparative religion.

Campbell’s ideas of a “monomyth,” articulated in The Hero with a Thousand Faces, examines the universal themes of mythical heroes from around the world…

Embodied in such ancient characters such as Odysseus, Gilgamesh, Siddhartha, Inanna, and many others.

And as you read above, these themes are just as prevalent in entertainment today as millennia ago.

George Lucas deliberately used the structure of the Hero’s Journey when writing the Star Wars trilogy.

The writers of Lost wove Campbell’s themes into each character.

And films like the Harry Potter series, The Matrix trilogy, Aladdin, The Lion King (which is a children’s telling of Hamlet), and many, many others all heavily “borrow” from the mythic tradition.

Why is the Hero’s Journey so universal and captivating?

Because it speaks to the human experience—to the desires and challenges we ALL face along our journeys.

Most people want to play it safe and not strike out on their own.

Most people want security, not the responsibility of blazing new trails. 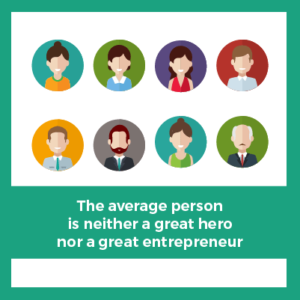 Entrepreneurs are agents of change.

They don’t blame the economy or their boss.

They realize full-well that no one else will “fix” their situation.

And they certainly don’t wait for permission to pursue their passion or create the life they deserve.

Does this resonate with you?

If you’re reading these words, I’m guessing it does.

You didn’t sign up for a life of mediocrity.

You’re not going to work 50 hours a week until the day you die for someone else’s benefit, living paycheck to paycheck, counting pennies into your golden years.

If your reply is “that’s right!” then you’ve answered the call of entrepreneurship.

And there’s no going back.

You’re never going to be content to watch others get all the glory from the sidelines.

So to guide you along your way, we’re going to break down…

The 3 “Acts” of the Entrepreneur’s Journey

Aristotle once said (paraphrasing) that all stories have a beginning, middle, and end.

And the Entrepreneur’s Journey is no exception.

Here are the three acts:

Once you understand the journey, you’ll be able to guide yourself and other folks through it.

You’ll soon see how mentorship and becoming a mentor in turn are integral to the process.

The journey of every entrepreneur starts with desire—the desire to live life on one’s own terms.

Because it’s tempting to be complacent and live an average life.

And let’s be real—doing business is hard.

Unless someone wants it somethin’ bad, they might hear the Call…but they’re never going to set foot on the Journey.

The Call is about the iron will to show up in the first place.

Here’s a word of encouragement…

It’s not about hitting a home run the first time you’re at bat.

Before Microsoft, Gates started a business to create reports for roadway engineers from reams of raw road data.

The business wasn’t a success.

Far from it, in fact.

But what’s important is that Gates answered the Call.

And his entrepreneurial DNA ultimately led to the founding of Microsoft and the largest net worth in the history of the world.

That doesn’t happen working for someone else!

Here’s the reality of the situation…

Failure to start is why most people ultimately fail

Most people listen to their “inner critic”—their limiting beliefs, the pain of their past experiences.

But at the end of the day, that’s all it is—junk.

Jerry Seinfeld was booed off stage during his first gig.

(I’m sure you’ve heard dozens of such stories before.)

So no—failing a few times does not excuse you from success.

Once you’ve heard the Call, there’s no turning back.

That’s no joke—most ventures (like 9-out-of-10) end up making NO money.

And even when you’re doing well…

Sooner or later everyone winds up in what Campbell calls the “Belly of the Whale.”

An unknown, dangerous territory where anything can happen.

This is where the Millennium Falcon is captured by Death Star.

This is when Harry and Dumbledore enter Tom Riddle’s childhood cave.

It’s when you face the difficulties of doing business.

You WILL face them—ask anyone who’s achieved success.

They’re going to be skeptical.

Even your friends and family will caution you, often with the best of intentions.

And even when you achieve some success, the Journey’s far from over.

There’s always going to be a target on your back.

People are going to try and take what’s yours.

“Can I skip all that if I get the best mentor to guide me through!?” 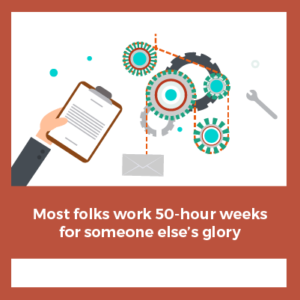 And that’s the way it should be!

Yes, you DO need a mentor.

Having one is key to your success.

Who knows if all those people would be successful without their teachers?

Your mentor is your strategist and most honest critic.

But he or she is only there to guide you—to point the way.

Not to take you through the Belly of the Whale.

That you do alone.

You must concentrate your desire to shine light into the pitch-black unknown that is your future.

But we cannot provide the desire, the WILL to follow-through and achieve your dreams.

Is the reward worth the struggle?

The final, though never complete, phase of your journey…

Is becoming a leader and mentor in your own right.

Along the way you realize that your journey isn’t about you or your needs.

No, they serve a higher calling of service to others.

In business, your key insight is to discover the needs your prospects don’t yet know how to satisfy without your help.

Read that one again.

And hey, they might not even know what they need.

After all, who needed an iPad before it existed?

Who didn’t need an Apple Watch until after it existed? 😉

Or, how about this…

A Xerox think-tank invented the personal computer, with mouse and point-and-click interface.

But the executives couldn’t understand how that would help anyone make better copies.

They were stuck in their own dying paradigm.

So the technology was shelved until Jobs and Gates came along to essentially steal these ideas.

Not everyone has the vision or courage to see what will best serve the market.

In this stage of the Journey, your ego is your biggest adversary.

So here’s your objective…

Give people what they need to reach their goals 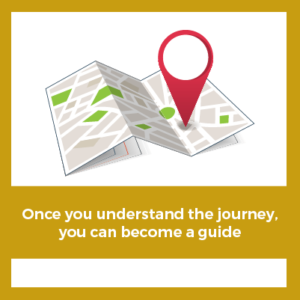 Become the Obi Wan to their Luke…

The Hagrid to their Harry…

Well, you get the picture.

See, facing your own challenges, trials, and the Belly of the Whale qualifies you to help others do exactly the same.

And that’s how you help other people get what they want.

Which is the key to reaching your own goals.

“You will get all you want in life if you help enough other people get what they want.”

Thus, Act 3 of the journey is all about helping others and providing value.

That’s the heart and soul of any successful business.

At the end of the day…

We’ve all got to slay a few monsters to get to the top—and we need all the help we can get.

Jobs was booted from his own company in the early ‘90s…

Went through the challenge of co-founding Pixar…

Then came back to Apple and turned it into a behemoth we know today.

Naturally, he didn’t do all those things alone.

And neither did any other fictional or entrepreneurial hero.

Your third act is all about being inspiring others and guiding them through their second act.

Providing value to others is what makes you a leader

And creates deep, lasting abundance in your life.

This model is universal, older than the pyramids.

And how do you become a mentor?

How do you engage in leadership?

You’re not a leader until you’re leading.

Leadership is a verb 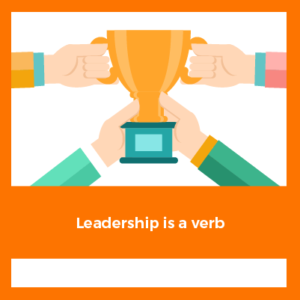 To start leading, you’ve got to start selling yourself and your goods and services.

And to do that, you’ve got to demonstrate value to the market.

You’ve got to tell your story.

And ignite the Call to Entrepreneurship in others.

Now, the reality of today’s media landscape is this…

Unless you know how to grab someone’s attention, your story will NEVER be heard.

Before they’re on to the next dozen emails in their inbox or flood of notifications on Facebook.

The art and science of writing killer, attention-catching headlines is, bar none, the most important skill you can acquire online.

We’ve put together a free report on our favorite headline formulas, which includes 17 unique, fill-in-the-blank templates and 25 power words and phrases to use in your copy.

That means actual word-for-word swipes for every single headline formula.

Make sure you grab it right here, right now!

It’ll save you an enormous amount of time and help you quickly create compelling ads, email subject lines, video and blog titles, and so much more.

This short-cut will make it a breeze! 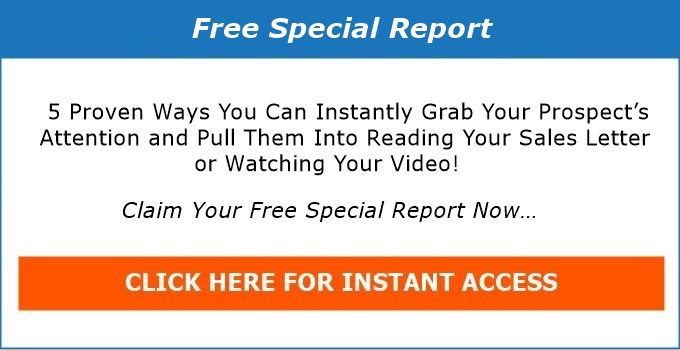