It changed the face of the entire world.

And no, this’s got nothing to do with Barnum’s circuses, fake mermaids, side shows, or duping the public with his elaborate and infamous hoaxes.

In fact, we all owe Barnum a huge debt of gratitude for this unintentional act of public service.

So now it’s time to prove it, right?

Without further ado, here’s the story…

In 1853, Barnum paid an unknown, yet enterprising entrepreneur $100 to create a jaw-dropping spectacle…

With the explicit goal of boosting attendance at the Crystal Palace Exhibition at the New York World’s Fair.

Ticket sales were in a slump…

The exhibitions at the World’s Fair had been on display for over a year, and Barnum needed something new and novel to draw a crowd.

Barnum hired Otis to demonstrate his newly invented safety brake, which would prevent a hoisting platform (also known as an elevator or lift) from free falling if the cable snapped.

And, believe it or not… 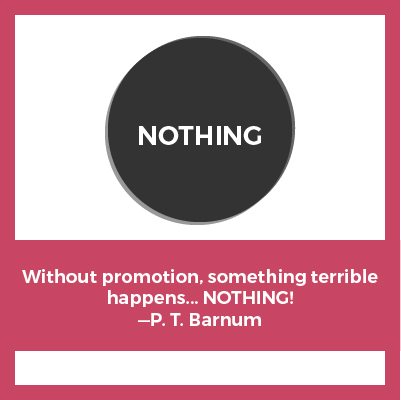 You see, in the mid-19th century, most buildings were only 2-to-3 stories high.

The tallest were 5-or-6 stories.

But these were almost-exclusively the steeples, spires, and bell towers of the churches, chapels, and cathedrals, which then dominated the skylines of all major metropolitan areas.

The reason buildings were so squat?

Because it’s WORK to climb up flights of steps!

Huffing up a bunch of steps is a drag, right?

So cities grew outwards instead of upwards.

It’s important to note that elevators weren’t new in 1853.

Roman gladiators were lifted up to the arena floor on massive hoisting platforms from the staging areas beneath the great coliseum, during ancient times.

Even the ancient Greek mathematician Archimedes (287 BC—212 BC) described animal-powered lifts in his writings.

But one thing remained true since the days of antiquity…

No one wanted elevators in their buildings!

And for good reason too… 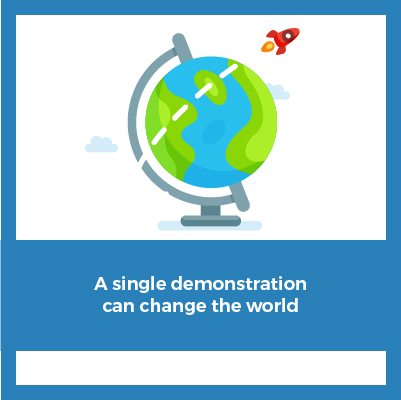 Because they weren’t safe.

The hemp cables would commonly fail due to age, overuse, and being overloaded.

Elevators had a low public opinion and were mainly used in unmanned and industrial applications.

Okay, now you know the backstory.

Let’s get back to…

How Otis forever changed the public’s perception of the lift

Barnum, ever the talented promoter… 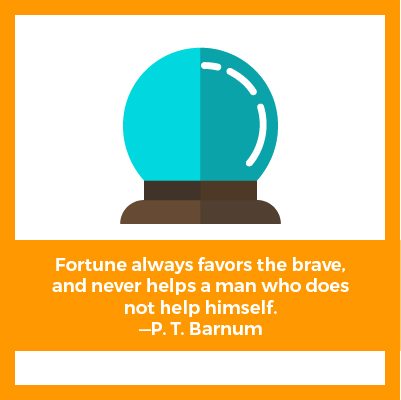 Hyped up a HUGE crowd with the promise of witnessing a “death-defying” spectacle at the Crystal Palace.

Otis, towering three or four stories above the gathered crowd in an open platform elevator…

Instructed an assistant to SLASH the single cable supporting him with one dramatic swing of a saber!

But just as soon as the cord was severed, the safety brake immediately snapped into action.

It came to a complete stop within just a few inches.

Otis then proudly proclaimed to the transfixed crowd…

“All safe, ladies and gentlemen, all safe.” 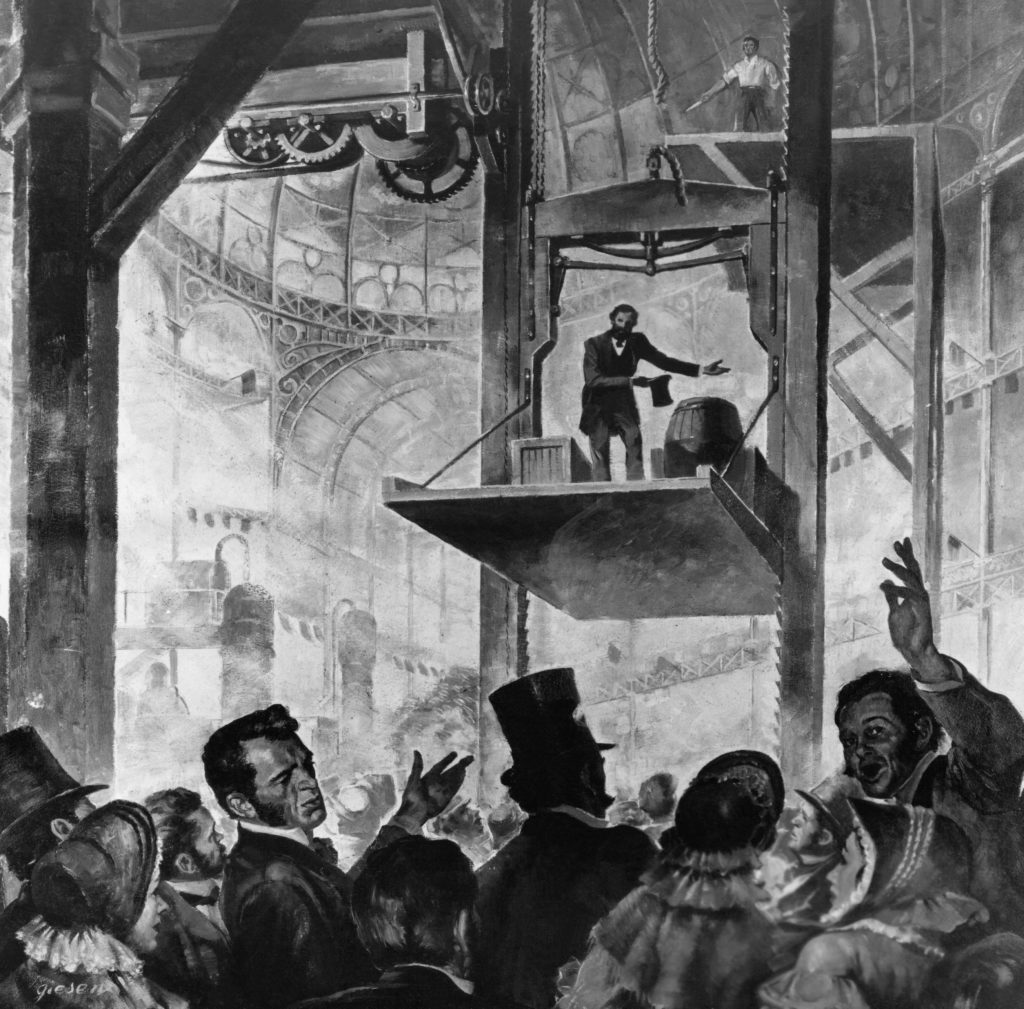 There was a ROAR of applause.

The formerly-unknown Otis was the subject of a frenzy of publicity.

The public was enthralled.

He literally went from having 7 total orders to having thousands of orders, all within a year, and sales began to consistently double with each passing year.

This singular moment ushered in the era of the high-rise and the skyscraper.

Which, as you can now see, forever changed the skylines around the globe and permanently revolutionized the way humanity occupy the face of the world.

Once we started building up, we never looked back.

All from the confidence imparted by one dramatic spectacle.

So thanks for that talent scouting, P. T. Barnum!

The unparalleled power of demonstrating PROOF

As they say, talk is cheap. 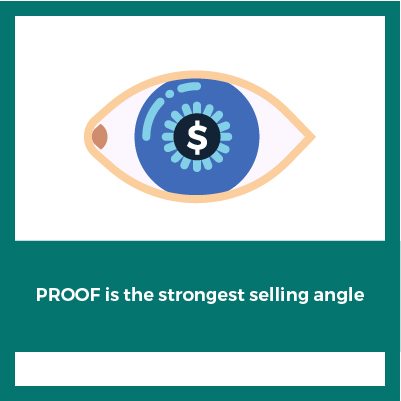 But when you PROVE something, beyond a shadow of a doubt, there’s no room for argument.

Your demonstration becomes a self-evident fact.

Now, before you start thinking that you’re not selling elevators, and this particular story doesn’t really apply to you…

“I have always advised my clients to build their products, newsletters, books, and ezines squarely on their strongest proof elements.”

This is because PROOF is the strongest selling angle.

Now, here’s an example you can probably relate to…

Ever see networkers show off their commission checks?

But—and this is a BIG “but”—it’s illegal.

As in, against the law illegal.

Just in case you weren’t aware…

This is legally a kind of “misleading income claim,” which can (and does) result in lawsuits.

So don’t do that!

Instead, let’s talk about…

Now, there are LOTS of proof methods…

Some will apply to your business, others won’t.

Some you can implement right away, others will take some planning.

So as you help your team and clients get results, always ask for testimonials.

And display them prominently.

On his “Simple Selling System” course sales letter, literally HALF the page is testimonials.

It’s a WALL of social proof.

Google it if you want to take a look.

Don’t have any testimonials yet?

If you’re an affiliate, you can probably borrow a few from whatever you’re promoting.

Samples are fantastic for proof.

After all, the prospect gets to experience the product first hand.

AWeber (one of our preferred email service providers) offers a 30-day trial.

Evernote (and many other pieces of software) offer a free tier.

This may or may not apply to your business, yet keep in mind that giving your prospect an “insider’s look” is a powerful way to demonstrate the efficacy of whatever you’re selling.

Positioning yourself as an expert is at the heart of “attraction marketing.”

When you’re recognized as an expert in the marketplace, your claims are automatically viewed as credible.

You’ve proven yourself, if you will.

Luckily, if you’re brand new and without results…

You can also “borrow” credibility.

It’s nonconsciously an implied endorsement of the claims you’re making.

What do I mean by that?

Remember how I started with a story (about Elisha Otis), dropped a quote from a recognized authority (Gary Bencivenga), and then referenced another expert (John Carlton), all reinforcing my thesis about the importance of using proof?

All those examples lend credence to what you’re reading.

They are “supporting evidence,” adding weight to my claims.

Nothing sneaky or deceptive about it.

Facts, stats, and figures are another powerful way of borrowing credibility.

Otherwise, find some compelling data from around the web to support your conclusions.

“XYZ organization finds that email marketing is more effective than Facebook by a 3-to-1 margin.”

Read more about using facts to support your claims below…

The #1 Secret of Writing a KILLER Headline

A head-to-head comparison can be a powerful tool.

However, there is a danger as well, as you’re giving “airtime” to your competition.

Thus, for most offers in the affiliate/network marketing space, it’s not recommended to compare one company vs. another.

It works in some industries, no doubt, but not so much in ours.

So keep your folks focused, not distracted.

After all, opportunity seeking and jumping from one thing to the next, are all too common behaviors.

Think about “before and after” photos.

No better proof for a diet or exercise routine, right?

Little more needs to be said.

Now, keep this in mind though…

So, as is always prudent, do your due diligence first.

But always remember that the more concrete proof you can visually demonstrate, the more salient your claims become.

Best of all is showing your own RESULTS.

If you can prove your claims by way of your OWN data, that’s always the best practice.

If you’ve got a lead magnet that claims…

…and you can show those exact results, you’re done!

That’s your ad, landing page, opt-in bribe, and maybe even a product right there!

Okay, those seven proof elements are absolutely the most potent way you can reinforce any sales message.

They can overcome skepticism, suspend everyone’s knee-jerk “BS detector,” and…

Pivot your prospects into “possibility thinking”

Here’s the psychology behind this process…

They will be 100% ready and willing to listen to you.

If you know how to do what they want to learn how to do, then you’ve got their attention.

And once you have their attention, you’ve created the opportunity to take the next step in overcoming their skepticism, which is this… 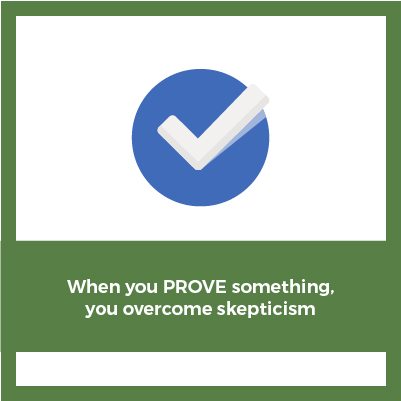 Chances are really strong that your prospects have been “burnt” before.

So before they’re ever going to make a buying decision, you’ve got to prove that you’re a trusted resource.

After all, proof isn’t a “one time” deal.

You’ve got to show up consistently to EARN their trust.

And the way to do that?

And the best way to get folks on your list?

By offering a compelling lead magnet.

And what’s a lead magnet?

It’s the “free product” that everyone offers in exchange for subscribing to their newsletter.

You’ve probably seen dozens of ’em, usually in the form of a PDF eBook.

And for good reason too…

It’s simply not enough to have an “awesome” newsletter anymore.

People expect to get something in return for signing up.

So until you have a compelling lead magnet…

People will question your authority and have no clear incentive to subscribe.

Now, with so much contradictory and confusing advice out there, we know making your own lead magnet can be a bit overwhelming.

Especially if you don’t feel like you’re qualified yet.

It’s MUCH easier than you think.

And it honestly doesn’t have to be harder than writing a grocery list!

If you know how, that is.

So to walk you through the process, start-to-finish…

Tim Erway, CEO and co-founder of Elite Marketing Pro, put together an exhaustive free report that reveals how to quickly create lead magnets that effortlessly converts your readers into ready-to-buy subscribers.

So he knows a thing or two about generating a responsive list of prospects!

So what’re you waiting for? 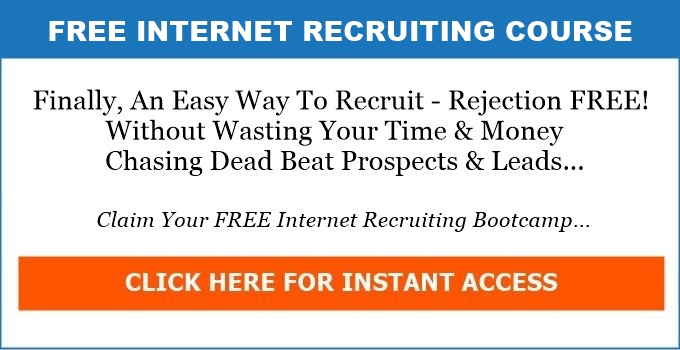